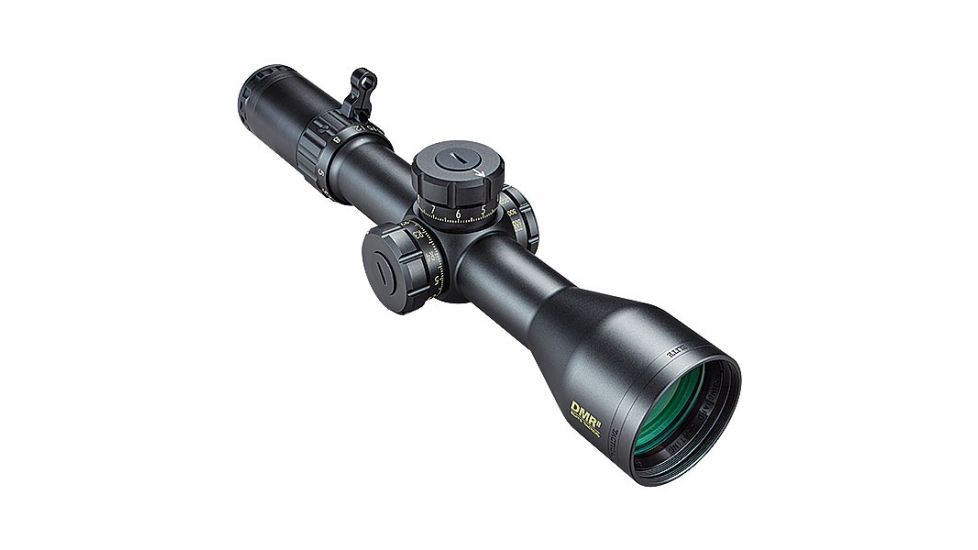 Rifle scopes are an amazing piece of modern technology that many hunters utilize in order to enhance the functionality of their gun.

As with any piece of technology, rifle scopes are loaded with various features that make them some of them more in demand than others. One of the most recent developments in the technology of rife scopes is the kind of gas that is used within the magnification tube.

Traditionally, nitrogen gas has been used in the magnification tube, though recently some manufacturers are distinguishing their guns through the usage of argon gas.

These gases are both used to remove the oxygen within the scope and to prevent moisture from getting in, which could affect the efficiency of the scope in certain climates.

Many manufactures claim that argon, despite being more expensive, transfers heat at a slower rate, so thermal conduction is minimized within the scope. Additionally, Argon has a larger atom size so is less likely to escape, which gives the scope greater durability and longevity.

Lastly, many manufacturers claim argon is less likely to cause chemical reactions during temperature changes, which means the scope is more dynamic under extreme climates.

In this article, we review 3 of the most popular argon rifle scopes on the market, explaining some of their pros and cons that customers should consider before purchasing a rifle scope.

The Diamondback riflescope from Vortex Optics is one of the most affordable, yet durable, riflescopes on the market – costing about $200.

Since its magnification tube is argon flushed, it is considered waterproof and fog-proof.

This riflescope has a diameter of 40mm and a magnification range of 4-12x. This makes it ideal for big game, predator, slug shotgun, and long-range shooting.

Perhaps the most prominent feature on this riflescope is the Dead-Hold BTC reticle, which features a customized design meant to eliminate guesswork related to holdover and windage corrections.

Holdover refers to the adjustments made by the shooter to account for the drop of the bullet. The particular kind of reticle that is featured on the Diamondback provides reference marks that shooters can use at a variety of distances.

This is crucial because overthinking a shot can be costly in certain conditions and can result in inaccuracy and imprecision. Yet, the Diamondback takes this into account with its Dead-Hold BTC reticle, making the argon scope more dynamic at every range.

The Diamondback is made from aluminum alloy that is considered aircraft-grade. More specifically, only one piece is used, which makes it highly durable.

Multiple pieces of material translate to moving parts when using a rifle scope, which can make the product distracting and less efficient over time. With the one-piece construction, the Diamondback avoids this fate.

Additionally, this argon scope includes fully multi-coated optics, which is the highest standard in the industry when it comes the quality of image that is reproduced. In addition, multi-coating is more efficient during wide-angle shots and zoom shots than single-coated lenses, which makes the Diamondback extremely efficient.

Vortex Optics considers this rifle scope to be virtually indestructible, and many customers validate this appraisal, claiming that they have been using the argon scope for many years without noticing any decrease in quality.

Cons of the Diamondback Riflescope

Many scopes will come with settings that have already adjusted for scope parallax at a particular distance. In particular, the Diamondback has been pre-configured for 100 yards. Shooters will have to adjust for parallax at any distance that is different than this.

Yet, many customers have commented that the side parallax adjustment is inefficient and must be set over and over again at each distance.

This can be frustrating, especially when speed is important for the hunting activity. Having to constantly think about moving reticles could prove costly in certain hunting scenarios. Thus, if you are planning on doing a lot of long-range shooting, this might be a factor to consider.

The Bushnell Elite 4500 is a slightly more expensive scope then the Diamondback, costing a little over $300. Despite the price hike, this scope offers a number of features that the Diamondback does not offer.

The Bushnell Elite 4500 offers a zoom range of 2.5-10X and is considered one of the most compact scopes on the market, which translates to greater portability. This is crucial if you want to remain lightweight and mobile while hunting, as a heavy scope could affect your endurance and patience. 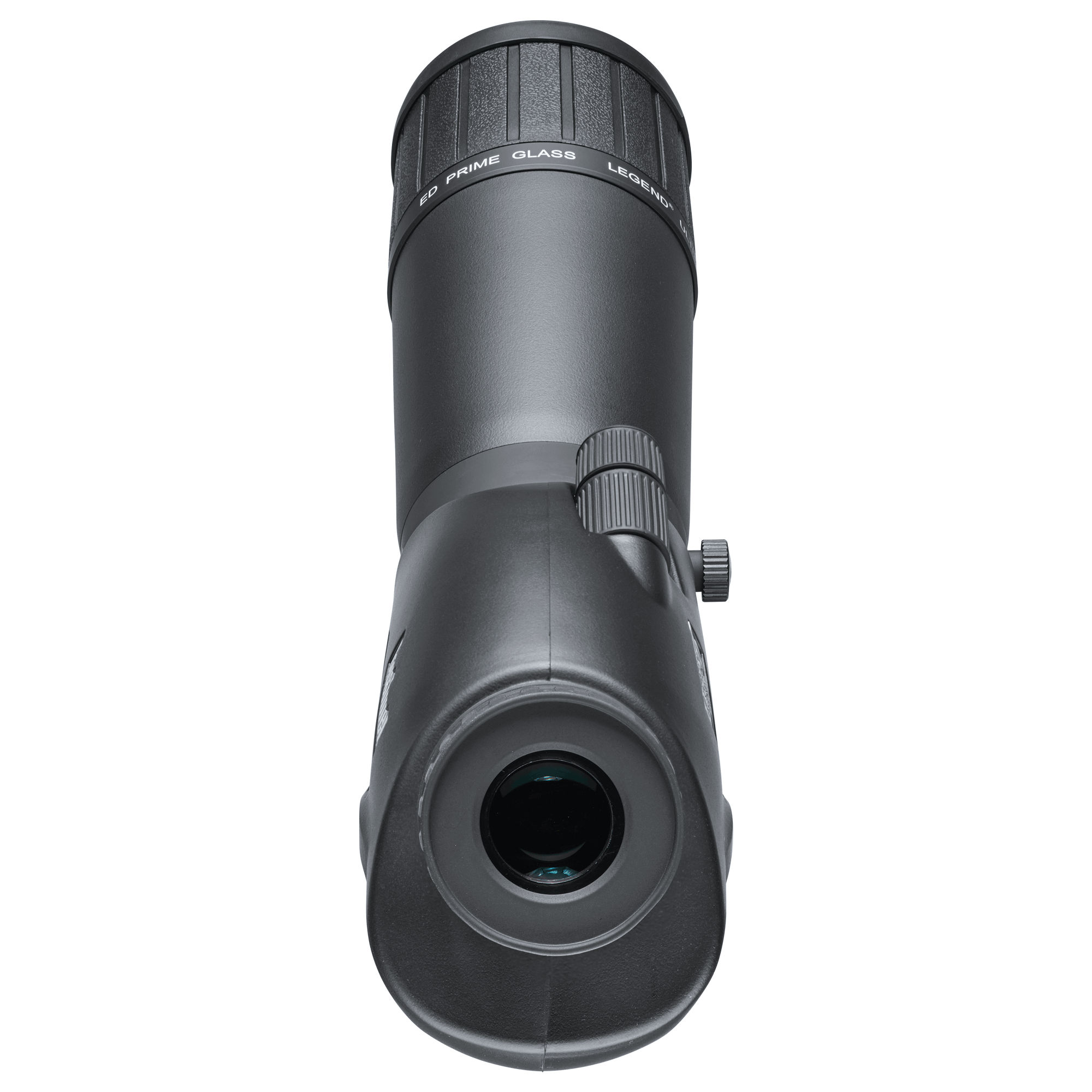 This argon scope from Bushnell features a particular kind of coating called RainGuard HD. This coating allows the scope to perform optimally in climates where moisture is prevalent. This is because the coating causes any kind of moisture on the scope to turn into smaller, bead-like droplets.

Not only do these smaller droplets give the shooter a larger frame to look through, but they also keep the shooters vision much brighter and clearer, as these droplets do not deflect sun rays away from the scope.

In many scopes without this RainGuard coating, the larger beads of moisture will scatter light rays, thus making the scope inferior in low-light conditions. With the Bushnell Elite 4500, however, their patented technology makes the rifle extremely versatile, extending the ability of the shooter to hunt in extreme climates.

While many argon scopes offer waterproof coatings, many are not as efficient as the RainGuard coating from Bushnell.

This is because many inferior coatings are only effective with certain kinds of moisture, like rain or snow, but are ineffective when breath moisture appears. Yet, breath moisture is one of the biggest obstacles to getting a clear image of your target. Bushnell’s RainGuard mitigates this, which is what makes it superior.

Cons of the Bushnell Elite 4500 Riflescope

In addition, many customers have commented that they purchased the Bushnell Elite 4500 due to its reputation in low light settings, but never ended up using it that much in these environments. Thus, before you invest in an expensive rifle scope, make sure you’re certain that its features match your intended usage.

Many customers have even commented that the rifle scope is only mediocre in settings where light is ample, noting that Bushnell seemed to put too much energy into the low-light performance of the scope.

The Tactical Elite from Bushnell is one of the most expensive and high-quality riflescopes in the company’s arsenal. It is ideal for long-range shooters due to the mil dot reticle that is featured in the scope.

The Mil dot reticle on this argon scope contains 4 evenly spaced dots that are arranged both vertically and horizontally from the center. This is perfect for tracking moving targets or when shooting in a crosswind.

This argon scope features a 4.5-30X zoom which also makes it perfect for long-range precision shooting. What’s unique about the Bushnell Tactical Elite is that even at higher magnifications, the image still retains its clarity. Many customers have noted that the glass that is used in this scope is some of the best on the market.

In addition, like most of Bushnell’s rifle scopes, the Tactical Elite also features RainGuard coating, a durable one-piece construction, and is considered waterproof, shockproof, and fog-proof.

Many customers have noted that the No Question’s Asked Lifetime Warranty that comes with the Tactical Elite riflescope is unprecedented in the industry. This is an unconditional warranty that allows shooters to send their scope in for a replacement or repair if any imperfection is noticed.

This is a critical distinction, as rifle scopes can often become damaged due to the rugged conditions they are exposed to. Thus, when buying the Tactical Elite, you don’t have to worry about being overly cautious when using the scope. This will translate to a more aggressive, confident style of shooting which can improve your accuracy and precision.

Additionally, this warranty is a testament to how durable the scope is. Even though Bushnell’s customer service is second to none, many customers assert that they have hardly taken advantage of it, as the scope has held up in a number of extreme climates.

Some customers think that this latter kind of scope is actually better for long-range shooting when sufficient lighting is available, as the crosshairs do not cover up the target.

While Bushnell has eliminated the center dot in their mil dot reticle system, some customers have noted that the reticle still obscures the target at certain distances and that a first focal plane scope would be superior.

In addition, many customers have noted that a similar quality scope could be purchased for a fraction of the cost of this argon scope, making it overpriced. However, other customers have rebutted this critique by claiming that the lifetime warranty makes this scope worthy of purchase regardless of the price.

While the cost might seem high initially, it could pay off over many years of consistent results.

Our Final Thoughts on Argon Scopes 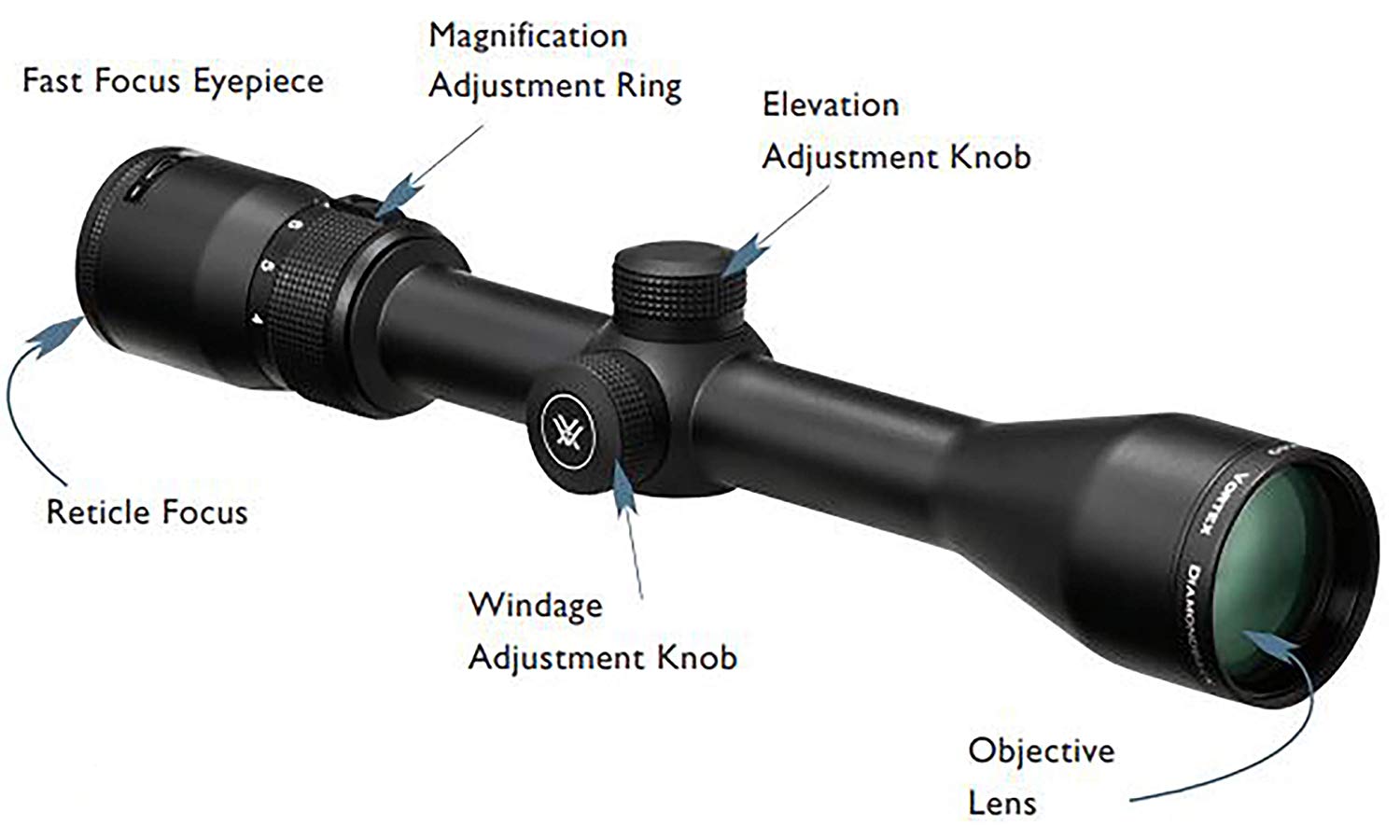 We think argon purged scopes are some of the best in the business and represent a new innovation within rifle scopes geared towards the most obsessive shooters.

Many shooters rely on their rifle scope in extreme climates, and even a slight fogging or blurring of the scope can influence the shooters accuracy. With argon scopes, these imperfections are avoided, allowing shooters to push their limits by hunting in more versatile settings.

Ultimately, we think Bushnell offers the most reliable rifle scopes due to their fantastic customer service and warranties. In addition, their RainGuard technology makes their scopes even more efficient in moisture laden settings where other argon scopes would be compromised.

While Vortex Optics offers a more affordable alternative with their Diamondback riflescope, we think that customers are better off making the investment and buying Bushnell’s Tactical Elite, especially if they intend to do a lot of long-range shooting.

Some customers claim that too much emphasis is placed on the importance of a riflescope, but we think that precisely the opposite is true. In particular, we think the riflescope might be the most important investment that a hunter can make given how it enhances your precision and accuracy.

As such, we think that most customers are better off buying a more expensive riflescope that will last a lifetime rather than saving a couple hundred bucks for a scope that will degrade after several years.

Ultimately, every detail matters when shooting, and even the most minor distraction could prove costly.

Thus, when you are considering purchasing a rifle scope, make sure it has been purged with argon gas at the very minimum, as this will ensure a more efficient and durable scope that will meet your needs in every environment.