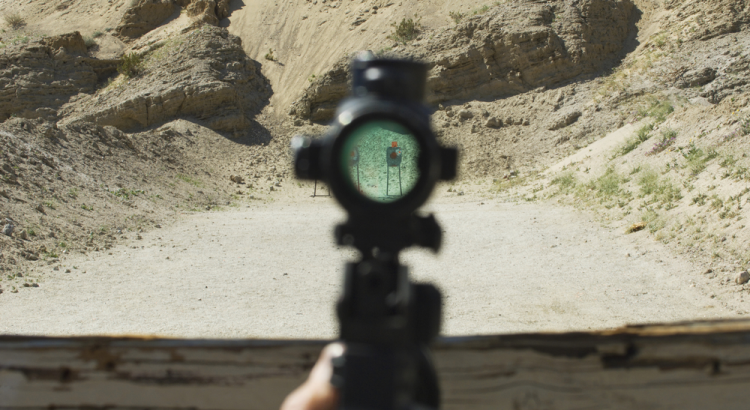 The ideal goal of every shooter is to achieve a one-shot kill. For those shooters who only concentrate on paper targets, their ideal goal is to hit the target exactly where they intended to hit. The chances of achieving the ideal goal are greatly enhanced when shooters choose to mount and use scopes on their firearms. The question then becomes, should they do away with traditional lenses to focus an image or should they try a newer alternative? Read on to discover the answer to the question ‘What is a prism scope’?

​What Is a Prism Scope?

A prism scope is an aiming device that uses a prism to focus an image coming through the scope rather than the series of lenses used in a traditional scope. Prism scopes are usually more compact and limited to the lower range magnifications between 1X and 5X. Size and lower magnification range makes them ideal for tactical rifles such as AR-15s. They often serve as alternatives to other short-range optics, such as red dot sights.

The best way to answer the question ‘What is a prism scope?’ is by breaking down the basic concept of a prism scope and comparing and contrasting it to a traditional multi-lens scope. The advantages of doing away with traditional lenses to focus an image by utilizing a prism scope can then be discussed.

​What Is a Prism?

Those of you sharpshooters out there that can already answer the question ‘what is a prism scope?’ may need to take a break while we begin at the beginning. In geometry, a prism is a figure that has two similar, equal end-faces, parallel rectilinear figures and parallelogram sides. For this discussion, a prism is a glass or other transparent object the shape of a triangular prism with refracting surfaces at acute angles to each other so that white light is separated into a spectrum of colors.

What Is a Traditional Multi-Lens Scope?

In order to answer the question ‘what is a prism scope?’ we need to compare it to the traditional multi lens scope.

When the shooter looks through the ocular lens, the light illuminates the focal point of the target. Rifle scopes also have reticles, which are also called the crosshairs. These are markers inside the scope that show the shooter where the shot will go (hopefully) once the trigger is pulled.

Magnification is measured in X times your vision. When the scope is set to 5X, the image that is viewed will appear five times larger than when viewed without the scope. Most manufacturers set their rifle scopes so that they are focused at 100 yards. This means that the target should be clear when seen through the scope 100 yards away. Errors can occur with magnification.

Parallax refers to a displacement or alteration in the apparent position of an object when viewed along two different lines of sight, as measured by the angle of inclination between those two lines. This means that nearby objects show a larger displacement or parallax than farther objects when observed from different positions.

In terms of shooting, the focal plane of the target in the scope is offset from the reticle or crosshairs, creating a change in position of the target when the user shifts their gaze. Parallax is usually negligible in low magnification. Tactical style scopes such as the prism scope commonly measure at 100 yards.

How Does a Prism Scope Work?

A prism scope works similarly to a traditional scope, but instead of lenses, a prism is used to focus the light. This creates a much more compact optic. Prism scopes usually have an etched reticle and an illuminated reticle.

An illuminated reticle shows a red or green light point. It uses light to illuminate the point of focus. This enhances accuracy in low light and at night.

Advantages of a Prism Scope 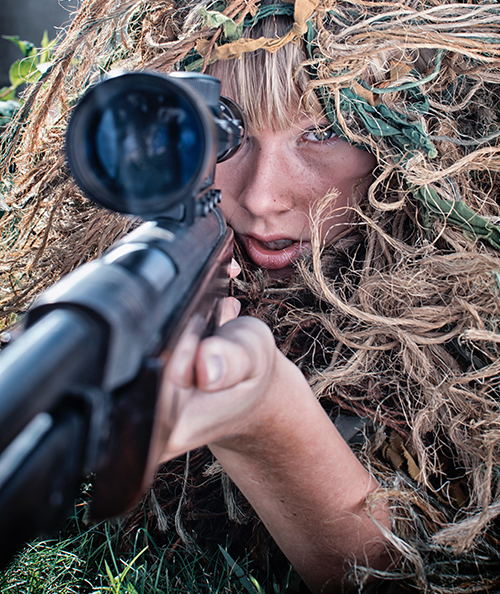 Prism scopes are limited to lower range magnifications, typically from 1X to 5X. As previously mentioned, the compact size and lower magnification makes them suitable for tactical rifles such as the AR-15s. They are preferred by many shooters as an alternative to other short-range optic devices.

A prism scope provides a brighter, crisper and sharper image. This makes the acquisition of a target quicker. The prism is compact and lightweight.

The illuminated and etched reticles give the shooter what they need to achieve their goal of achieving a one-shot kill. The etched reticle does not require batteries or fiber optics to be viewed.

Prism sites need to be aligned with the eye and set at a certain distance away in order to obtain a clear image. In terms of eye relief, a prism scope has a relatively shorter distance. Unless the shooter requires extra long eye relief, this is an ideal situation.

A diopter is a small dial or knob that allows the user to adjust the sharpness to match their own eyesight. This feature is a godsend for people with astigmatism or other eyesight deficits that make other scope types useless. Shooters who apply excessive diopter change usually experience more parallax issues. 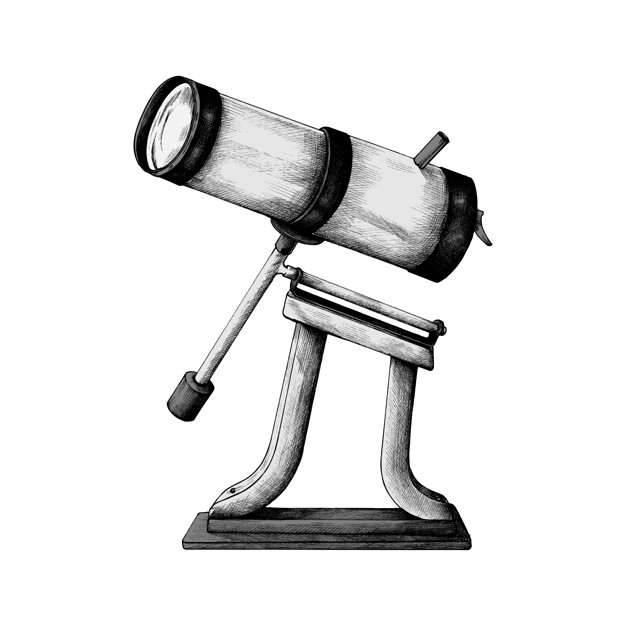 Is a Prism Scope the Best Option? 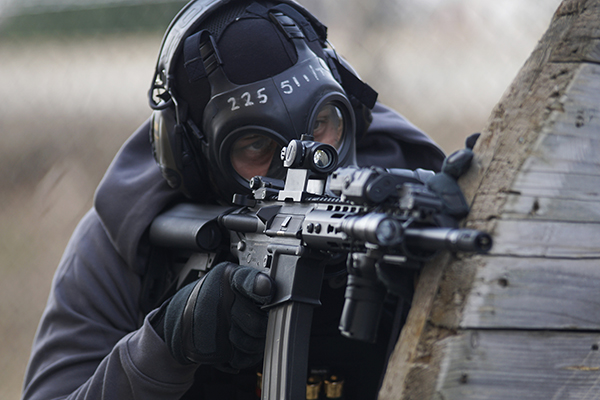 Depending on your needs, you may not want to do away with traditional lenses to focus an image. That is because a prism scope has benefits and drawbacks, once again depending on the user’s needs. A prism scope is an aiming device that uses a glass prism to focus an image coming through the scope, rather than a series of lenses.

Scopes that have too much magnification at close range will take time to visually acquire the target. Scopes that have too little magnification at longer ranges will fail to achieve a one-shot kill. The best advice that can be given about a prism scope is to practice. Learning to use your preferred scope in synchrony with the weapon it is attached to is the only way to determine the perfect range for you, in terms of your intended target.

Bigger Is Not Better

Out there in the world of social media, advertising and male competitiveness, it’s tempting to buy more magnification than necessary. Certainly, there are some very sexy and very high-powered, multi functional scopes out there to seduce the shooter, but just as you would not show up at a gunfight with nothing but a paring knife, shooters do not want to be in a situation where their choice of scope could result in a failure to achieve a one-shot kill or even a failure to save their life.