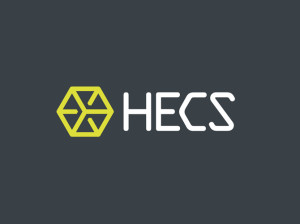 Hunting wild game with a bow, from firsthand experience, requires closer proximity than hunting with a firearm and this necessitates the utmost stealth. Mankind hunted wild game with a bow and arrow for thousands of years and there has been a steady positive progression in tactics and technology. From better bow material, compounding the potential energy in a draw to fiber optic sights, hunters even wear cutting edge clothing that can block most odor molecules and minimize detection.

In addition to all of the modern technological advances in bow hunting, the folks at Human Energy Concealment Systems, LLC (HECS) have developed clothing that essentially eliminates animals’ sixth sense of detection. Sound too good to be true? The company has years of research and supporting studies to support and validate their clothing material’s effectiveness.

This is how it works. Scientists have known for years that organisms, including a single bow hunter in the field, emit electromagnetic (EM) energy roughly in the infrared (IR) range. Now, try your very best to remember your high school or college physics lessons about how this EM energy in this range has a slightly longer wavelength the the range of visible light. We all have seen action movies and television shows where humans give off a heat signature and this is detectable by IR sensitive equipment.

That’s not all. Humans and other animals conduct electricity. Have you ever touched an electric fence or shocked someone in the winter due to all that built up static electricity? The human body naturally has electricity flowing through it; this is principle behind EEG’s and EKG’s. Contracting a muscle, such as drawing a bow, emits EM energy, and when a hunter watches a trophy animal bound away, safely out of range, they are sure animals have a sixth sense and can detect a human through some unknown way.

It is already established in the scientific community that birds, for example, possess EM detection abilities and use these during migration. Sharks have acted less aggressive when divers, in very close proximity, use meshed clothing that phases out most EM energy emitting from their bodies.

This is what HECS has done. They have developed a carbon mesh material that encases the human body and minimizes detectable EM energy emission. This suit is poised to revolutionize bow hunting and the sportsman’s goal of remaining “invisible” is now within reach.