7 Reasons You Fail To Take A Deer Every Year 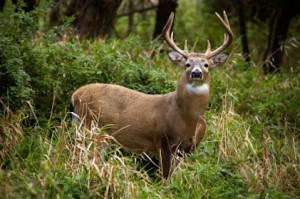 I know and you know, sometimes we just have lousy seasons. There may be things that happen that are out of our control that cause us to miss an opportunity to bring a deer, or deer, home.

However, there are a number of Hunters who fail to bring a deer home year after year. I know several right now who haven’t killed a deer in 5 years or more. I bet you know a few also. In fact, you might be one of them. This list is to help you change you skills. Notice I didn’t say “change you luck” because in deer hunting, I believe you make most of your own luck. I’m not writing this to be mean, I’m writing this for those of you who can’t seem to bring home  a deer.

Here are 7 reasons you fail to bring home a deer every year.

With the deer population the way it is these days and the availability of public lands probably better than it has ever been, there’s no good reason one can not kill a deer if they want to. In all honesty, if you go year after year without killing a deer, chances are it’s because you meet one of the reasons above. It usually comes down to rule #1 in the list above.

So this year, don’t make excuses, suck it up and get down to deer hunting and make gut piles, not excuses!