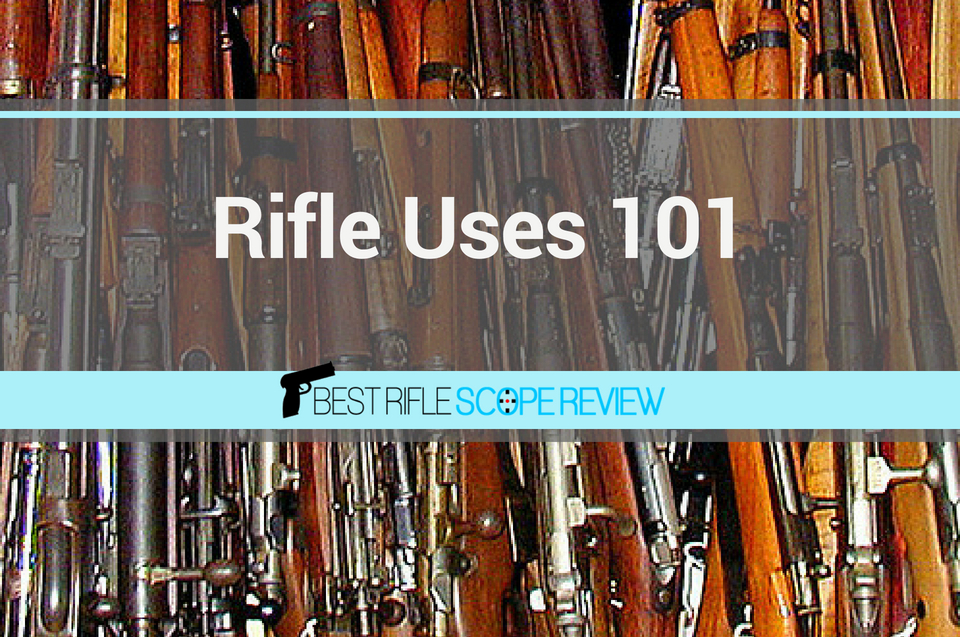 Today, millions of Americans own all kinds of weapons – from shotguns, knives, and pistols to military grade firearms. Rifles, in particular, are a common household weapon.

For a gun to be classified as a rifle under state laws, it has to meet several merits:

Although there are tons of laws regulating gun ownership, Americans have the right to own rifles and other types of firearms under the Second Amendment of the U.S. Constitution.

But the big question is: why do millions of Americans feel the need to own a rifle?  So, here is our information on Rifles uses 101.

Rifle Uses 101: Why Do People Own Rifles?

Rifles can be used for the following purposes:

Over the years, target shooting has developed from a hobby to a major sport. Different types of guns are used in shooting competitions, but nothing beats a well-tuned rifle when it comes to precision.

There are a lot of different shooting competitions in the country, and among the ones that best utilize the precision of rifles is the “Bull’s Eye Shooting”.

This competition involves shooting at a stationary target with concentric circles. The main aim is to shoot as close to the center as possible. Competitors are required to utilize skills such as breath control, sight picture, and trigger control to make the perfect shot.

In these competitions, shooters utilize more than just breath and trigger control. They have to be aware of a number of factors including the wind speed and other environmental conditions when taking a shot.

There are tons of other shooting sports that use rifles, but these two are among the most common.

Human beings and hunting have come a long way. We began hunting for totally different reasons as we do today.

The ancient hunter, killed wild animals mainly to provide for his family, and sometimes for self-defense. The modern hunter, on the other hand, guns down wild game for fun. This recreational activity is loved by many!

And what is hunting without a nicely tuned rifle? Rifles are the most-preferred weapons for gunning down wild animals from long ranges. They are precise and lethal.

Today’s gun market is littered with all types of hunting rifles. There are lever-actions, pump actions, bolt actions, semi-autos, and much much more. Even better, these rifles come with various types of calibers.

Heavy and large caliber projectiles have a low velocity but can do more damage on the target. Therefore, you might want to use this type of rifle ammo for big game hunting. Small caliber bullets, on the other hand, have a high velocity and can hit a target further away than heavy cartridges. They are perfect for hunting small and swift game.

There are a lot of people who keep guns in their homes in preparation for emergencies and disasters such as civil unrests, riots, or any other form of SHFT.

Another reason why people keep guns in their homes is for self-defense against intruders and burglars.

There are two types of target shooters – the professionals who only shoot in big competitions like the U.S. National Match, and the recreational shooters who shoot to blow off some steam.

The latter use their rifle purely for recreation and fun. For them, target shooting is a social activity rather than a sport. In fact, gun range shooting is considered to be therapeutic. So the next time you are stressed out, try the range. It might just work!

And that concludes the rifle uses 101 class!

Owning a Rifle in the U.S.

It would be rude to conclude a “rifles uses 101” blog without talking about gun ownership regulations. Provided you don’t have a criminal record, you can own a legal rifle in the U.S. (as long as you adhere to federal regulations).

However, you might want to consult your state gun regulatory body for guidance on which firearms and ammo are legal in your state. Some rifles may be legal in one state and banned in another.

More importantly, when using a gun, practice caution to avoid hurting yourself or those around you.