I received an email from a buddy the other day. Seems him and his group are losing their deer hunting lease that they’ve had for the last 12 years. This is a large deer hunting lease that has quite a few members. My buddy doesn’t know where he’ll find another deer lease to get on for the upcoming season. They’ve taken some nice deer off of that lease over the years. I know they’ll miss the deer hunting that it provided. 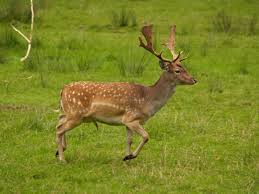 Over the years he’s told me some of the things that have went on at the deer lease. Not all have been nice things. Like the time someone left a gate open and the Ranchers cows got into a pasture where they shouldn’t have been. Or the time someone mistook a calf for a deer. I could go on with the examples, but you get the picture.

According to my buddy, the Rancher said that he the hunting group had wore out their welcome and that he’d be leasing his Ranch to a commercial hunting operator next year.

While there are many reasons you may be losing your hunting lease this year, by far and away the most common reason is neglect of the land or someone else coming in and buying it out from under you.

This is where building long lasting relationships with Landowners will benefit you in more ways than one. Treat the Landowners land as if it were your own, because in many ways it is. Then, when an outsider comes along and tries to buy the lease from under you, you just may have the advantage of having a “friend” as a Landowner instead of a Landlord. As the old saying goes, “No one likes to screw their friends.” Make a friend out of that Landowner!